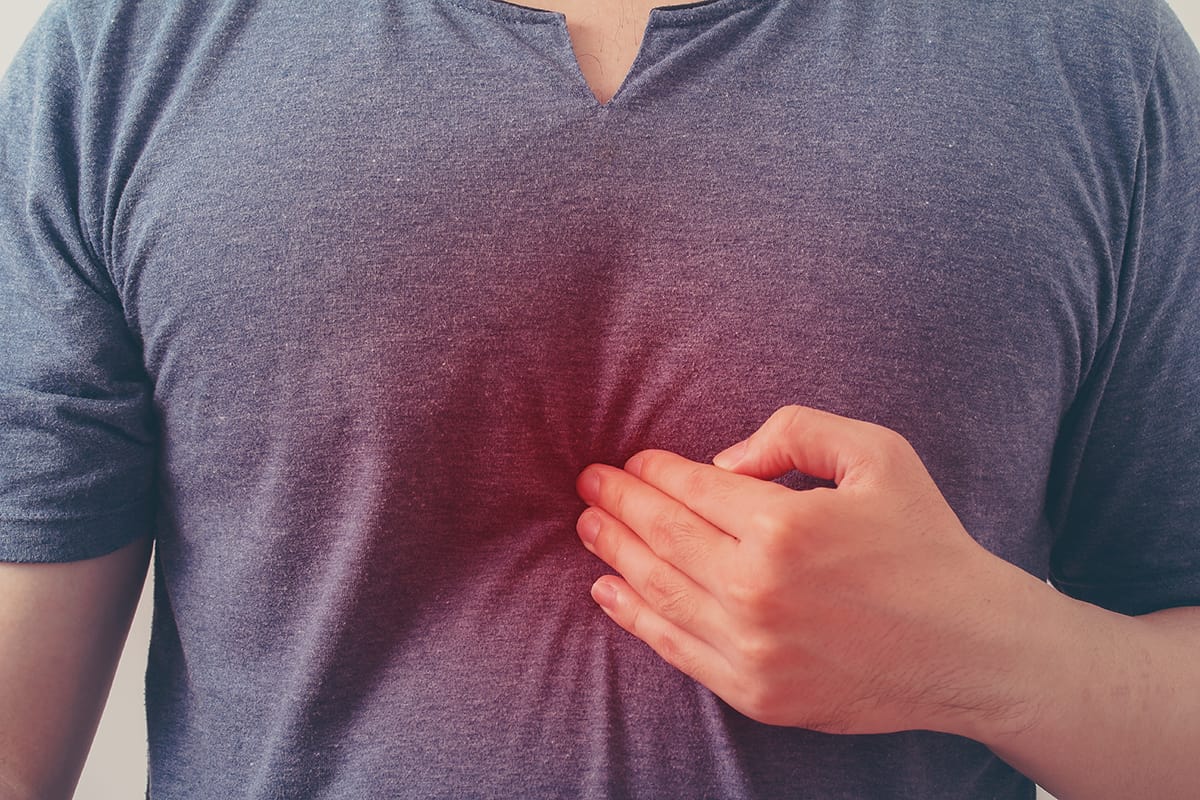 Did you know that withdrawal from many drugs CAUSES the same symptoms the drugs were prescribed to TREAT?

This has been an observation of mine for years, and the reason I harp that we must look for, and address the underlying CAUSES of dysfunction and disease as opposed to suppressing meaningful symptoms with powerful new-to-nature drugs on a regular basis. Drugs often blow away the “smoke” of the symptom while letting the “fire” of the underlying abnormality rage on.

A study in Gastroenterology has deeply vindicated my position. It showed convincingly that a Proton-Pump Inhibitor (PPI) , or “purple pill” or specifically in this case esomeprazole (Nexium) when given to HEALTHY people without any heartburn whatsoever for an 8 week period caused often severe heartburn, dyspepsia, and GERD symptom in 44% of these people when the medication was stopped! In most of these individuals the symptoms persisted for greater than the 4 week follow-up period! There is no reason that other PPI’s such as Prilosec, Protonix, Aciphex, or Prevacid would be expected to act any differently.

This means HEALTHY people now have a new long-term problem due to taking this medication (some forms are now over the counter). That sounds like a problem to me. This opinion article reflects my concerns and gives a nice review of the full scope of the problem. Now, it is certain that these drugs truly benefit some individuals long term (meaning that the benefit they provide over-weighs the detriments they induce) , and I am also certain they are massively overused. Especially since there are so many effective cause-focused approaches available.

So what has occurred is the rise of a highly profitable class of  medications that help initially, but now we know that many patients are assured of feeling even worse when they stop that medication. Sounds like a great business plan.  ;-)

Another problem is that in real life healthy people don’t take medications – sick people do. People with heartburn and reflux. But allow me to ask…  WHY do they have these symptoms? The presence of these powerful drugs that so quickly and completely removes symptoms have seduced patients into thinking that the problem is that they have a “purple pill” deficiency as a cause of their symptoms, and has equally seduced doctors into believing they are doing the best for their patient because the symptoms go away.

This twin seduction of  doctor and patient closing their eyes to a bigger problem because of a quick fix is the same problem that leads to narcotic addiction, stimulant addiction, sleeping pill addiction, etc. I currently live in the state that has had the dubious honor of prescribing the most lortab (a potent narcotic) per capita of any state in the union. Is that because Tennesseans hurt more than people in other states…. obviously not.   The answer is complex … like most truths, but at the center of the problem is the culture we have together developed that cure comes in the form of a drug that will block, inhibit, or short-circuit a normal function of the body.

On the national scale this situation presents a larger problem because 5% of the developed world is taking this EXPENSIVE medication class.  That is a lot of health-care dollars that you and I needlessly pay.

So what are some causes of the severe reflux and heartburn that some people encounter? My fingers don’t go fast enough to cover all I want to say, but let’s think of some big-bucket causes. Certain foods can loosen the sphincter that separates the stomach from the esophagus – coffee, chocolate, milk, and sugar are the biggest culprits in the scientific literature, but I can tell you many foods can cause it. Many foods can cause sensitivities or allergies that will have as a symptom heartburn (remember another class of medications used to treat acid issues are H-2 blockers… the “H” stands for histamine which is a major chemical in the allergy cascade). Emotional stress both chronic and acute definitely contributes, small bowel bacterial overgrowth,  yeast overgrowth or sensitivity, parasite infection, poor diet leading to inflammation, recent anti-biotic use, recent viral infections, hiatal hernia (which I have witnessed respond to visceral manipulation in several of my patients), hormone imbalance, Celiac disease, some toxins, some commonly used medications.

WHY is the most important question we can ask when we have a symptom… our body is giving us an early warning that something is not right, and we then get the opportunity to investigate, address the cause and potentially gain side-benefits in other areas of our health from our cause-focused intervention.

WHY may find the cause is actually a LACK of adequate stomach acid leading to poor digestion, bloating, and all kinds of skin problems. WHY may lead to the understanding that eating machine-poop instead of real-food does not adequately fuel our lives and help in the attainment of our highest life purposes. WHY may give the bravery to re-claim your life choices as your own, and give the opportunity for you to start living your life your way. WHY may lead to you seek a comprehensive evaluation which could identify that weak link in your chain that would shorten your life otherwise. WHY could get you to the cause of persistent weight gain… and lead to remarkable weight loss. I have witnessed all these things. Good stuff that WHY.

Find the Root Cause and give the Right Treatment.

It is my opinion that with the exceptions of acute ulcer healing, erosive esophagitis and Zollinger-Ellis Syndrome we should be very cautions in prescribing these Proton Pump Inhibitors for anything over 1-2 weeks.  Now that rebound acid secretion has been demonstrated to induce symptoms, we are probably obliged to inform patients about rebound acid hyper-secretion and its potential effects.   There is evidence for these meds contributing to dysfunctional long-term gut function, osteoporosis, mal-digestion of  proteins, inhibition of vitamin B12 absorption, and significantly thinning your pocketbook if you take them personally, or if you pay taxes for other individuals to unnecessarily take them life-long.