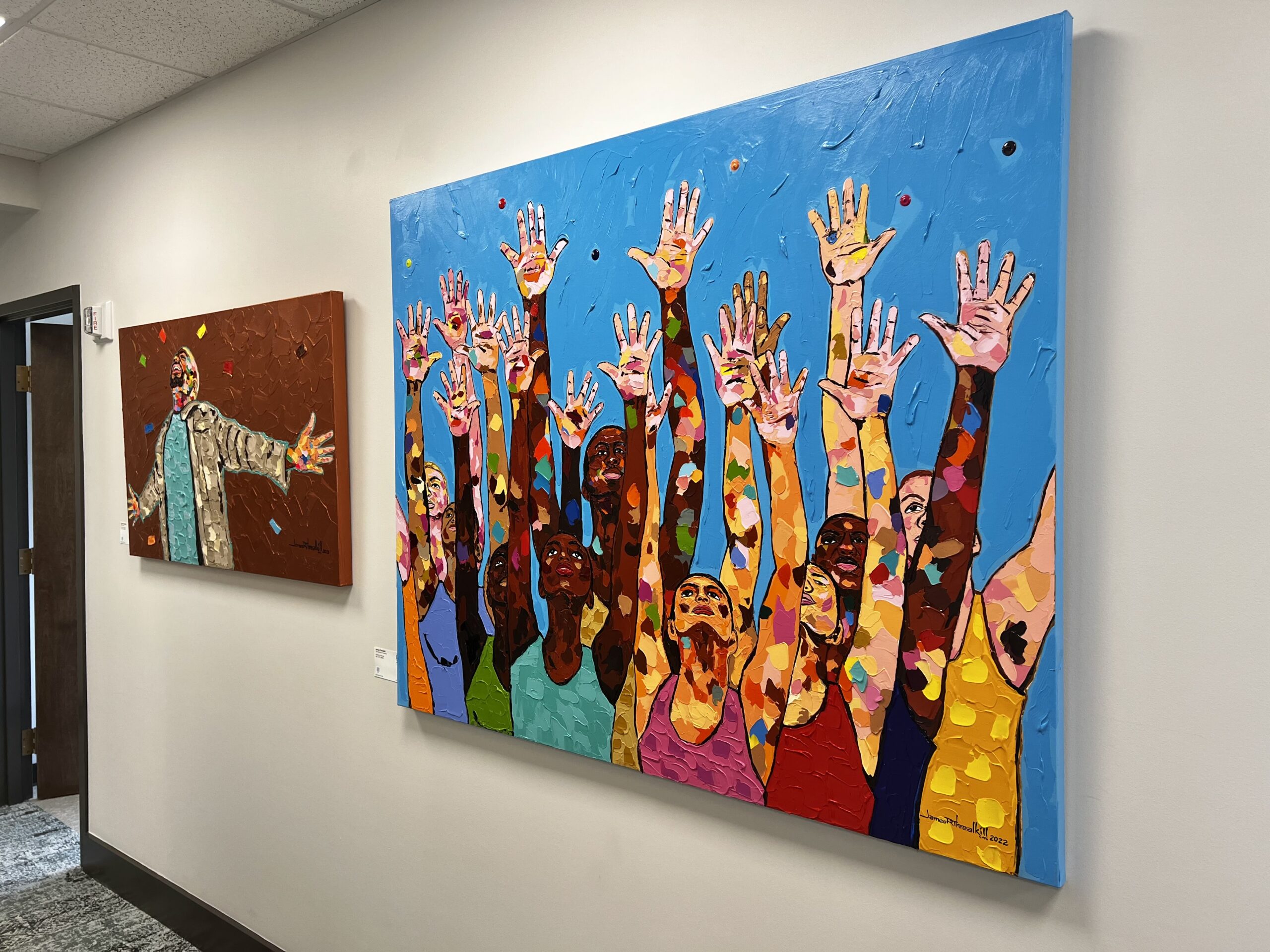 When you walk into MaxWell Clinic, the first thing that will catch your eye are undoubtedly the truly amazing pieces of art created by James Threalkill. His paintings are a study in contrast, with vibrant colors and subtle abstract textures that pop off the canvas. We are thrilled to showcase such talent on the walls of our Brentwood location. If you’re interested in purchasing some of his art, feel free to come by the clinic and take a closer look!

Watch the video below as Dr Haase discusses how he was first introduced to this talented local artist and see some of his incredible work up close!

Upon graduation from East Nashville High School, James earned his way to Vanderbilt
University as an athlete and scholar. After completing his degree in Fine Arts from
Peabody College of Vanderbilt, James returned to the public housing community of his
youth as a leader. He used his creative skills as an artist and teacher to develop
neighborhood youth art programs. He was also involved with community outreach and
fundraising efforts for the community.

In 1995, James was asked to serve as Special Assistant for Community Affairs and Arts
in the Office of the Mayor of Nashville, Tennessee, Philip N. Bredesen. This endeavor
allowed James to use his experience and connections in the Nashville community to
help bring diversity awareness and policy to the local Nashville government.

James has served as Executive Director for 100 Black Men of Middle Tennessee;
managing the organization’s administrative support services, recruiting members and
coordinating the youth activities. He has also served as the Community Services
Director of Edgehill Center, Inc., where he established several successful programs for
youth. He used art as a teaching tool to educate youth on the importance of staying
drug-free and in school.

James became a nationally recognized artist and advocate of the arts and has received
many awards in his career not only for this gift, but also for his involvement with
numerous organizations. In 1994, James received the Metropolitan Jaycees
Distinguished Service Award. He has received national recognition for a mural program
he established and received an Emmy Award in 1994 for a mural created for the
Viacom Television Network. He was named CSAAM Man of the Year in 1997 and in
1998 the YMCA Black Achievers Program named him Achiever of the Year.
James traveled to South Africa in 1995 to create a mural with South African art
students. During his trip he also had the opportunity to visit with President Nelson
Mandela. James was also the co-illustrator of a successful children’s book series that
has been featured on Sesame Street. His work has also been featured in the Disney
movie; “Snow Dogs”, “The Jamie Foxx Show”, “Living Single”, and “NCIS” on CBS.
James has also established a reputation as a motivational speaker, Diversity and
Inclusion Specialist, Community Outreach expert, and a designer of unique hand-
painted coffee mugs. 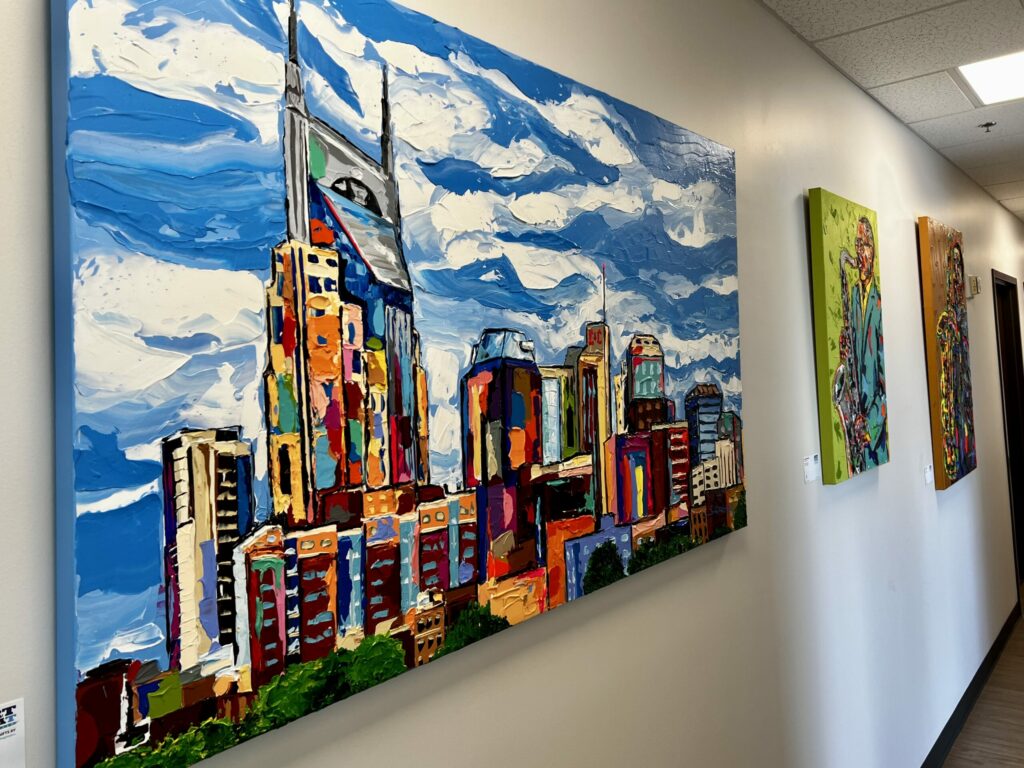 We’re committed to finding and addressing the root cause
of your illness so you can achieve MAXimum WELLness.